Thinking about buying? Let's checkout the current price on Amazon
Productsyoucantrefuse.com is reader-supported. When you buy via links on our site, we may earn an affiliate commission at no cost to you. Sellers provide a commission from their profit.

Ninja Blocks is a Australian startup that pledged to use Canonical’s Snappy Ubuntu Core OS for its Internet of Things (IoT) devices, the Kickstarter startup raised $102,935. The Ninja Block is a cloud based device that connects with your things to the web (Dropbox, Twitter, Facebook and more). It is controlled with “if this then that” style tasks.

Ninja Blocks are open source devices that are backed by their web service called Ninja Cloud. It’s a simple yet powerful concept. The blocks that are connected to the cloud allows you to talk to your favorite web apps.

On it’s final design of the product, a Ninja block came with: Two RGB LED lights, built in accelerometer and temperature sensor. It also came with four expansion ports and a regular USB port which allowed the users to add further inputs and outputs.

You didn’t have to write a single line of code to customize your Ninja blocks. The Ninja Cloud automatically allows the users to control their ninja blocks.

You can turn your home into a smart home using ninja blocks. How? You could create tasks by logging into Ninja Cloud. Triggers and Actions made up the tasks. Your Ninja blocks can perform tasks like:

Some Example Triggers of Ninja Blocks:

Ninja Blocks uses channels which are your favorite web apps and sensors and actuators to trigger actions.

The built in 2 RGB LED’s are used for notifications. Four additional expansion port that come with each Ninja block allows it to perform tasks by controlling lights, infra-red, relays, motors and other actuators.

Integrated with the web apps you use daily 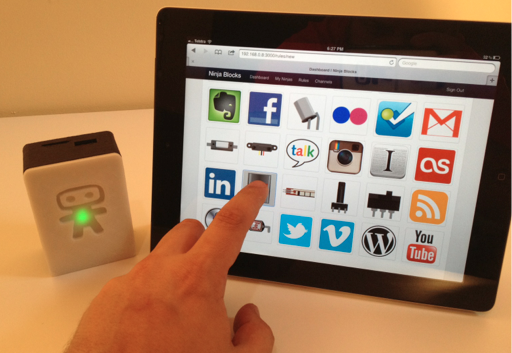 Ninja Blocks come with support for:

They are looking forward to integrating with Siri, Weather, RSS and more.

Ninja Block comes with a built-in ethernet port. The built-in usb port supports wifi and other wireless modules. You can connect internet anytime. 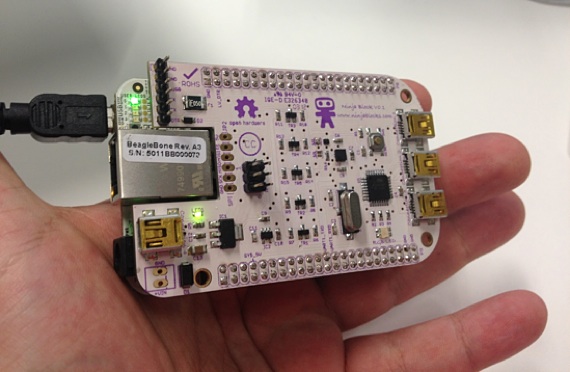 The developers of Ninja blocks kept their Hardware open so other developers can improve the design. The hardware designs are available in CAD files and provided under a creative commons share-alike license. Which means you are free to download and improve based on your needs.

Simple To Set Up

The developers of Ninja blocks wanted to make the device easy to use so everyone can use them without effort. All you have to do is plug in your Ninja Block into your network via the ethernet port and go to NinjaBlocks.com in your browser. You can start commanding your Ninja Blocks now.

Ninja Block comes with 55 sensors and many more to come. The 5 additional sensors are:

Where to Buy TRUFF Hot Sauce?

Where to Buy Louisiana Hot Sauce?

The Best Baby Blankets of 2021